Protect your data from IT outages 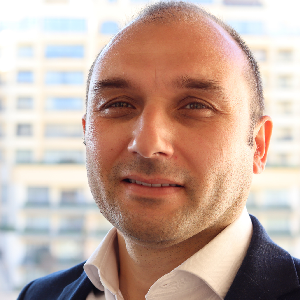 In today’s interconnected world, IT outages are a killer. A sudden interruption of your digital services can shock you back into an unpleasant reality.

In this day and age, any form of downtime is bound be disruptive to both customers and businesses, leading to severe annoyance in the former and an even more severe risk of crippling financial losses in the latter.

While the risk of being left unplugged remains a basic, looming danger, the matter bubbled back into the global IT conversation last month, after Delta Airlines – the American provider with an all but sterling reputation for quality and efficiency – suffered an outage in its IT systems that led to the cancellation of 530 flights and over one thousand delays.

Between ruined holidays and a disgruntled clutch of customers, Delta was left far worse for wear, not least because it even caught the attention of America’s political class, as two senators jumped into the fray to tell Delta to get their act together.

Outages are no laughing matter. Even more worrying, they don’t appear all that rare – Delta was just unlucky enough to be too huge for people to ignore. Whether they come about as a result of force majeure – such as meteorological mishaps messing with your hardware – or a complex internal systems tripping over each other – Delta’s own misadventure, initially believed to be down to basic power failure, was ultimately attributed to a domino effect of in-house failures – not even the most high-powered companies and institutions are immune to the possibility of blinking out of the digital grid.

In fact, Southwest Airlines suffered its own outage just a month shy of Delta’s episode. Even fellow corporate giants like Amazon have felt its sting – having most recently been dealt quite a blow in 2015 which affected a number of important affiliated sites including Netflix, Pinterest and IMDB. What’s important to remember is that outages can hit businesses on two fronts: the financial fallout of downtime and the risk of losing valuable data.

Can these outages be prevented? The short answer is yes. The longer answer is that system redundancy is the key to keeping yourself as safe as possible. Partnering, or tapping into the resources of a specialised IT provider, is possibly the most effective way to achieve this, assuming that the chosen provider can satisfy some critical requirements.

For example, the ideal provider should never have its own systems in one location, instead spreading out its infrastructure geographically while also protecting the backup hardware with additional infrastructure. Also, the backup generator can fail, and that’s why sufficiently-prepared expert providers will have a backup generator ready to kick in for the failed one.

BMIT, Malta’s largest multi-site data centre, has taken serious steps to implementing such a set-up within its structure. Its recently established presence in Milan and Frankfurt allows customers to diversify where their data’s location, therefore improving redundancy. BMIT’s systems within each of its locations are prepared for almost any eventuality.

BMIT operates on an N+2 and in some cases 2N redundancy mode, meaning that the supporting systems and infrastructure have an additional level of redundancy built in them. If you’re not familiar with all the jargon, picture this metaphor: you’re inviting five of your friends over for dinner, and have made food portions to match. But just in case two of them drop their plates for some reason, you prepare an extra two portions, or eight in total. That would cover the N+2 part; in the case of 2N, it means you multiply the whole thing by two – or 10 plates in all, in this example.

BMIT’s sound infrastructure is further helped along by its 40Gbps private network, which links up the BMIT data centers in Malta, Germany and Italy through different routes and employing various carriers and service providers, thus eliminating single points of failure throughout. It also protects its customers from web attacks, through its multi-tiered distributed denial of service protection and mitigation set-up.

When going offline is not an option, it pays to partner with a provider dedicated to keeping their systems up and running no matter what they are faced with.

This article was featured on the Times of Malta here