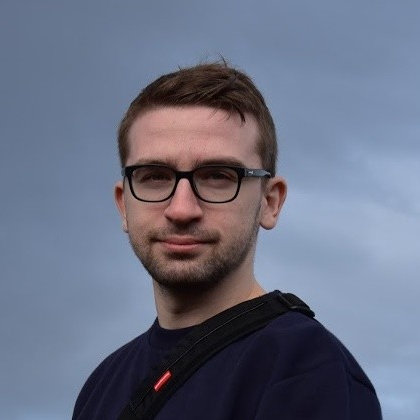 The internet of things, known as IoT for short, might not presently be a household term. Yet, despite how initially confusing the term might be, IoT is one of the hotwww technological topics at present, and is sure to characterise the development of the technological field for decades to come.

Simply put, IoT refers to the gathering of data in terms of machine-to-machine communication devices. Thanks to machine sensors and cloud computing technology, it has become possible to create networks of gathered and leveraged data from the real-time analysis of such devices. Indeed, IoT cannot operate without cloud-based applications, which are vital in giving a practical function to the leveraged data created in such networks.

The possibilities that come with IoT are truly endless. You may, understandably, be thinking of the benefits such networks may have in terms of the technological devices that are most overtly close to you: smartphones, PCs, and so on. However, the list of ‘things’ that can form part of these networks of transmitted data is vaster than one may initially imagine, including kitchen appliances, lighting fixtures and air conditioning units. Such is the case that Gartner Inc. estimates that IoT will be comprised of around nearly 20.8 billion devices by 2020.

IoT is very much a system of sorts that can increase personal convenience during your daily routine, and yet it is simultaneously so much more than that. Its real worth lies in its potential to influence and improve whole infrastructures. This kind of network has made the concept of the ‘intelligent city’ realisable.

How intelligent can a city be? Consider the following scenarios: concrete that can pick up on cracks and fissures to alert the appropriate authorities that amendments are needed; streetlights that automatically dim according to the brightness of the sky outside; connected traffic signal monitoring devices; and so on.

In other words, IoT is set to change our lives in every way, and in every imaginable industry, from manufacturing to health. The world has already adopted smart pills and monitoring bands that will assess patients with ailments such as heart complications, Parkinson’s disease, as well as monitor senior citizens in general, to name a few of such innovations.

However, you do not need to turn to such grandiose and large-scale technology to see how IoT might affect your daily life. Indeed, countless benefits are available even at a simple, domestic level. Consider, for example, a basic appliance in every home and office environment – air conditioning devices.

One way in which these air conditioning units work is that owners may be able to connect the unit to a corresponding mobile app that picks up on a multitude of factors that influence the temperature of air conditioning that takes place, such as weather forecasts and analysis of individual building characteristics.

Thanks to smart energy technology, air conditioning units give users immense flexibility. For example, by noting that the smartphone has left the location of the unit, or simply through motion-sensing cameras, the air conditioner can be set to switch off automatically.

For many, the added daily convenience may not be enough to make these devices worth looking into, which is fair enough. However, it has been found that appliances that fall under the IoT category are significantly more environmentally-friendly, which is excellent news for you in terms of reducing your energy costs. Such devices alone, it has been found, can cut energy bills by over 25 per cent.

The good news is that IoT-based devices and the benefits that come with them are available in Malta. While the island may not be home to fully-fledged intelligent cities as of yet, purchasing domestic appliances that operate under this network-based technology is entirely possible.

BMIT, the leading data services provision company in Malta, is fully equipped to offer cloud-based solutions to allow manufacturers to transform their appliances into intelligent IoT devices with ease. As a provider of cloud-based services, BMIT can handle the servers required to store, manage, and transmit data leveraged through IoT networks.

This article was featured on the Times of Malta here