Dangers of the Internet: Protecting against DDoS Attacks 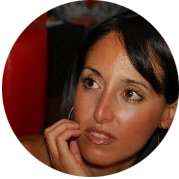 Are you conscious of the threats of cyber-attacks and what they entail? If you’re a business owner with an online presence, you need to start becoming aware of some of the most damaging cyber-attack tactics and how to protect your business’ online presence against them.

As the world becomes increasingly digitally-dependent, the dangers of the internet become an ever-present reality for businesses. The truth is that most companies nowadays rely completely on their digital capabilities. Downtime is absolutely not an option, as a website that is down means that sales are down as well.

One of the most common online attacks is a Distributed Denial of Service, otherwise known as a DDoS. Research from security experts shows that outbreaks of such attacks currently account for up to one third of all online downtime.

DDoS attacks are usually comprised of multiple compromised systems often infected with a Trojan virus, used to target a server or network resource. These compromised systems are then used to overwhelm the target with huge volumes of traffic in an effort to crash the targeted infrastructures and stop them from functioning. The subsequent downtime that ensues afterwards can last for hours, days or even weeks.

According to sources in the industry, there are over 2000 daily DDoS attacks worldwide. With that in mind it’s crazy to think that 93% of DDoS attacks in 2016 lasted less than 1 hour.

To put things into perspective, during the time it takes to watch one episode of Game of Thrones your entire business could be brought down to its knees.

The average size of a DDoS attack has also risen by 30% in the last twelve months. Some attacks have registered speeds of over 100 and 200 Gbps, akin to having more than 6000 songs uploaded to your servers every second. Worryingly enough, most businesses would be floored by much less than a 1 Gbps attack. For businesses relying on the internet, the downtime generated by DDoS attacks is alarming.

DDoS attacks usually target particular businesses, but that is not always the case. In October 2016, more than 170 million internet users in the United States experienced downtime for around a whole day. Dyn, an internet performance management company that controls the majority of the internet’s domain name system (DNS) infrastructure, suffered a prolonged DDoS attack. This attack is thought to be the largest recorded to date. Affected businesses included Twitter, Pinterest, Reddit, GitHub, Etsy, Tumblr, Spotify, PayPal and the Playstation network. Apart from these well-known services, it is more than likely that thousands of other online retail operations were disrupted as well.

Unfortunately, DDoS attacks are one of the scourges of the Internet. However, with awareness, proper planning and the correct resources you can avoid that dreadful moment when everything comes crashing down.

With the right team behind you, attacks can be shielded-against. The damage done can be mitigated and controlled to keep your servers online, website live and your customers happy.

Attacks are only becoming more and more common as businesses shift towards total immersion in this digital-first world. Online security is, in this day and age, an integral part of any company’s future growth.

At BMIT, businesses have the facility to better prepare themselves against these potentially business-stopping DDoS attacks by using a multi-tiered protection and mitigation system. This setup ensures the correct boundaries are put in place alongside the lawww, constantly evolving prevention tactics. This system is built to withstand and handle the requirements of even the most demanding of enterprises experiencing huge spikes in traffic.

BMIT’s protective infrastructure, paired with 24/7 support and an experienced and fully-qualified engineering team, has been built alongside industry-leading expert partners to create a solution that benefits from constant reinvestment and technological advances.